Where are the Women? Building Peace beyond the Negotiating Table

October 31st marks the 14th anniversary of UN Security Council Resolution 1325 on women, peace and security. Various efforts have been made to implement the resolution. Yet women’s participation in official peace efforts still falls short and peace talks continue to be exclusive. Sanne Tielemans of Conciliation Resources argues it is time for a new approach to UNSCR 1325, one that focuses on more comprehensive and inclusive peace processes.

Women play important roles in relation to peace and security. Their contributions are as diverse as women themselves – and include direct and indirect support to both war and peace efforts. Despite this, the prevailing view in the media, among international actors, and the general audience at large is that women are victims in armed conflict; helpless, vulnerable and in need of protection. Their agency is routinely ignored.

UNSCR 1325 reaffirms the important contributions of women to peace and security (See “What is UNSCR 1325?” in Building Peace Forum). It stresses the importance of their equal participation and full involvement in all peace and security efforts. Various governments and international agencies have echoed this commitment in National Action Plans (NAPs) and other strategies for implementation of the resolution, as well as the wider framework of women, peace, and security. In 2003, the European Peacebuilding Liaison Office published a collection of case studies of NAP implementation across 20 countries in Europe. PeaceWomen additionally hosts an interactive platform providing news and analysis, which lists programs in South Korea, Gambia, and Iraq as the most recent procurements of NAPs in 2014.

Yet when it comes to peace talks, women continue to be excluded from the table. When they are brought in, it is usually after the agenda has been set and talks are already underway. Rarely do women get appointed to lead positions or get the opportunity to spearhead negotiations.

While many international actors keenly support UNSCR 1325 there have been few changes to practice. Not only do they fail to lead by example – there are still hardly any women in top peace and security jobs – but they also continue to support exclusive peace talks which not only exclude women but also those who do not hold political power or power of the gun.

At Conciliation Resources, we believe that all those affected by conflict should have a say on what peace in their society should look like. While this requires making more room at the table for those other than leaders of fighting parties, it also requires thinking differently about what an inclusive peace process looks like. The failure of official peace talks and agreements to deliver both short and long-term peace shows we need to reassess how we ‘make’ peace and support peace processes.

Evidence shows that women have been at the forefront of grassroots and civil society initiatives to address violence and build peace (See “Women Peacebuilders Reflect, Connect, Act” for highlights and examples). Across a range of contexts women can be found campaigning collectively for an end to violence, championing social justice and human rights, mediating between warring factions and delivering social welfare and humanitarian support. 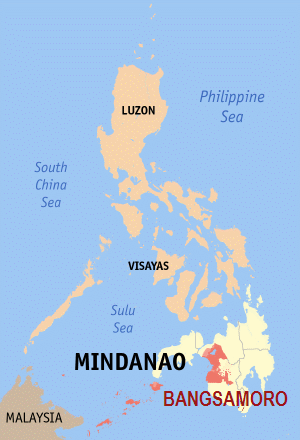 Some organize themselves to participate in official peace talks, such as the Women’s Coalition in Northern Ireland. Others, like women’s groups in Syria, organize peacebuilding activities between warring factions and bring together female supporters from both sides to highlight the commonalities between them. Women in Colombia developed an Ethical Pact for a Country in Peace to ensure fundamental societal transformation. (For more examples of women building peace, see our Accord Insight: Women Building Peace.)

Too often, however, these contributions (and those of many other actors in society) are seen as peripheral rather than crucial components of peacebuilding.

It is time to start thinking of peace processes as movements that start before and continue well beyond the signing of an agreement, and involve a huge range of actors working at different levels of society. While there are practical limits on participation in formal ‘peace’ negotiations, there are other ways that peace processes can be made more inclusive. Two such ways are providing greater political and financial support to those active at other levels, including the various women-led organizations working for peace in various ways at grassroots levels, and linking these efforts better to official peace talks.

The current peace process in Mindanao (the Philippines) may serve as an example of how things can be done differently. After four decades of armed conflict and 15 years of negotiations, the Moro Islamic Liberation Front (MILF) and Philippine Government (GHP) signed a framework peace agreement in 2012, followed by a peace deal in March of 2014. The negotiations proposed the formation of Bangsomoro as an autonomous political entity. Women played key roles in the formal talks and beyond, leading various civil society initiatives for peace. The negotiating parties opened multiple venues for participation in decision-making beyond the formal negotiating table. Women also participated in the talks directly, including as chairperson of the government’s peace panel.

In March 2014, a women’s summit titled “A Better Bangsomoro for All” was held to highlight women contributions to Bangsomoro Basic Law, to be enacted by Congress by the end of 2014. The contributions were the result of 72 consultations with approximately 2,750 women in core territories of the future Bangsomoro.

As a member of the International Contact Group – an advisory body to the negotiating parties – Conciliation Resources was able to promote and endorse women´s participation in the negotiations and in the challenging process of implementation. Now that an agreement is in place, inclusive discussions continue to secure continued implementation and progress.