A New Approach to Gender in Peacebuilding 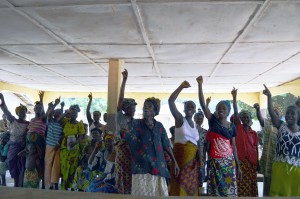 An image from International Alert’s fieldwork in Sierra Leone.

Re-thinking Gender in Peacebuilding highlights the need for a ‘gender-relational’ approach to peacebuilding practice. A gender-relational approach goes beyond the understanding of gender to mean simply women and girls, to examine the complex relationships between gender and other aspects of people’s identities such as age, social class, sexuality, disability, ethnic or religious background, marital status and geography. In reality, gender identities are constructed jointly by men, women, and sexual and gender minorities in relation to each other: masculinities for example are defined in relation to femininities, heterosexuality in relation to homosexuality, and so on. These dynamics have a direct and important impact on societal relations, on exclusion and inclusion, on conflict triggers, conflict prevention, and peacebuilding.

A number of the grassroots organisations featured in International Alert’s Report, from Burundi, Colombia, Nepal and Uganda, are exploring these complexities. The organizations are considering the following aspects of a new understanding of gender:
• how age, in addition to gender, can act as an exclusionary mechanism in society;
• how women’s expectations of men’s behaviour, in their roles as mothers, wives or girlfriends, can reproduce violent masculinities;
• how, by engaging women and men, fragmented societies can be rebuilt and the political participation of women expanded. 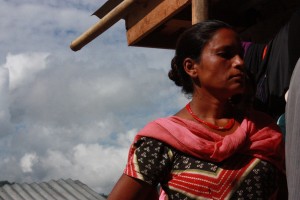 An image from International Alert’s fieldwork in Panchthar, Nepal.

Gender identities as well as gendered power dynamics and vulnerabilities have long been recognised as key factors in causing violent conflict and in peacebuilding work and have been often debated in academic and policy discussions. The importance of tackling sexual and gender-based violence is now widely acknowledged. More recently, there is increased appreciation for how men, women, and sexual and gender minorities have different roles, experiences, and vulnerabilities in conflict. This translates into peacebuilding practice in that practitioners need to pay in-depth attention to the particular needs and opportunities of, for example:

• a transgender ex-combatant in Colombia;
• a widowed, female IDP in Nepal;
• an elder rural woman caring for an extended family in post-conflict Burundi; or
• young couples returning from ‘the bush’ in northern Uganda who need to be reintegrated in a society wary of them.

Despite a new appreciation for a gender-relational approach, ‘gender’ in peacebuilding is still often perceived as a tokenistic shorthand for ‘women and girls,’ rather than as a lens through which to analyse and approach societal norms, power dynamics and identities – and what these mean for violent conflict and peace. Women and girls are commonly treated as one homogenous group with identical experiences and needs. This over-simplification minimizes the differences between women and also excludes women from decision-making processes, disregarding their role and agency in both peacebuilding and violence. Viewing women as victims creates a blindness to the multiplicity of roles they play in society, both in the public and private sphere and leads to situations where others seek to speak and act on women’s behalf, further diminishing their agency.(1) 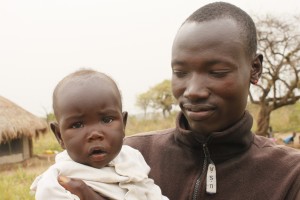 An image for International Alert’s fieldwork in the Gulu district of Uganda.

There needs to be a more robust understanding of gender that includes men.(2) Men’s relationships to different forms of violence, both as perpetrators and as victims, needs to be analysed. A gender-lens should also be used to assess the role of sexual and gender minorities for whom conflict and post-conflict periods can be highly precarious, but may also offer new societal spaces and opportunities.

The International Alert research demonstrates the possibilities of a gender-relational approach in practice, and highlights the complexities of addressing gender identities and dynamics and peacebuilding – at the personal, local, national, and international level.

(1) See also: “It’s Time to Change the Narrative on Women and Security” by Johanna Mendelson Forman and Charito Kruvant on the invaluable and often overlooked role of women in creating and maintaining lasting peace.

(2) See also: “Finding Peace for Men in the DRC” by Alexa Hassink, exploring the unique and nuanced challenges unique to men in overcoming violent conflict, and “The Role of Men in Engendered Peacebuilding” by Don Steinberg, who offers a first-hand account of gender realities for men through his experience as deputy administrator for USAID.

The report is part of a three-year research project by International Alert aimed at deepening and expanding understanding on gender and peacebuilding, and is based on field research in Burundi, Colombia, Nepal and Uganda. It is written by Henri Myrttinen and Jana Naujoks of International Alert, and Judy el-Bushra, an independent consultant specialising in research and programme design on conflict and peace. It is available at http://international-alert.org/sites/default/files/Gender_RethinkingGenderPeacebuilding_EN_2014.pdf.