Communication and Connection in Afghanistan

The mobile technology boom in the developing world is hardly news anymore. There is no shortage of coverage on the ways mobile phones have influenced the lives of people in countries previously cut off from modern telecommunications and the Internet. Indisputably, mobile phones have positively affected the ability of ordinary citizens in the developing world to communicate, share information, trade, learn, and work.

In Dari, one of the official languages of Afghanistan, paywast means “to connect”—a fitting name, we thought, when we started our company in Kabul in 2010. Paywast was to become a mobile-based social network, a Facebook-Twitter hybrid, distilled to the text-messaging format that mobile phone subscribers continue to use ubiquitously all over the world. The Internet was, and remains, only a privilege for the few in Afghanistan. Although the launch of 3G data service has increased access to affordable Internet exponentially, only a small fraction of Afghan mobile phone users actually have frequent access—and much fewer did when we started Paywast.

The platform for Paywast is a text-messaging application, using a three-digit SMS number (729). The application is connected to Afghan mobile operators through a messaging hub located on Paywast servers. Users create, join, communicate, and share in groups by using numerical or text keywords in their own languages. Use of the network was initially free, subsidized by donors, and later changed to a paid model. This enabled us to better customize services for users with regards to market needs. As with many other popular mobile services in the country, we have seen a willingness on the part of consumers to pay for quality services. In a country of much uncertainty, all of Afghanistan seems to be standing behind mobile technologies as boosters for the economy.

Although the launch of 3G data service has increased access to affordable Internet exponentially, only a small fraction of Afghan mobile phone users actually have frequent access—and much fewer did when we started Paywast.

Three months after launching, in early 2011, more than a quarter million Afghans were using Paywast, most of them daily. That was far more than we initially anticipated and we cancelled some of our planned marketing campaigns to better support Paywast’s organic growth. With the application, users now had an outlet to communicate autonomously and anonymously, and to engage with people they may otherwise not be exposed to. Some users created groups for specific topics of popular culture: cricket, Bollywood movies, even poems of Rumi, the ancient Persian poet and mystic. Others saw Paywast more as a utility, using it to coordinate work by setting up groups for coworkers and employees. Finally, and perhaps most interestingly, some saw it as a social exploration platform, a way to get acquainted with people and topics they would otherwise not have access to.

The social media juggernauts—Facebook, Twitter, and at one time, MySpace—had started to vigorously dominate the Internet landscape in the late 2000s. Social media was becoming a part of mainstream culture, and not only for consumers. Organizations, brands, governments, and big media had started, albeit slowly, to see the potential of this way of communicating and engaging with audiences, beneficiaries, and consumers. From the beginning, Paywast was intended to be an entirely commercial venture, leveraging our expertise and technology to provide value to consumers, organizations, and businesses. With the vast outreach of our platform, we wanted to help our customers better connect with their audiences.

Radio and TV are Afghanistan’s traditional mass media platforms. With mobile, we could provide interaction in ways one-way broadcast media cannot. And though there was not much of an SMS culture in Afghanistan compared to other countries in the region—Pakistan, India, Tajikistan—we saw droves of young Afghans take to social networking with Paywast. 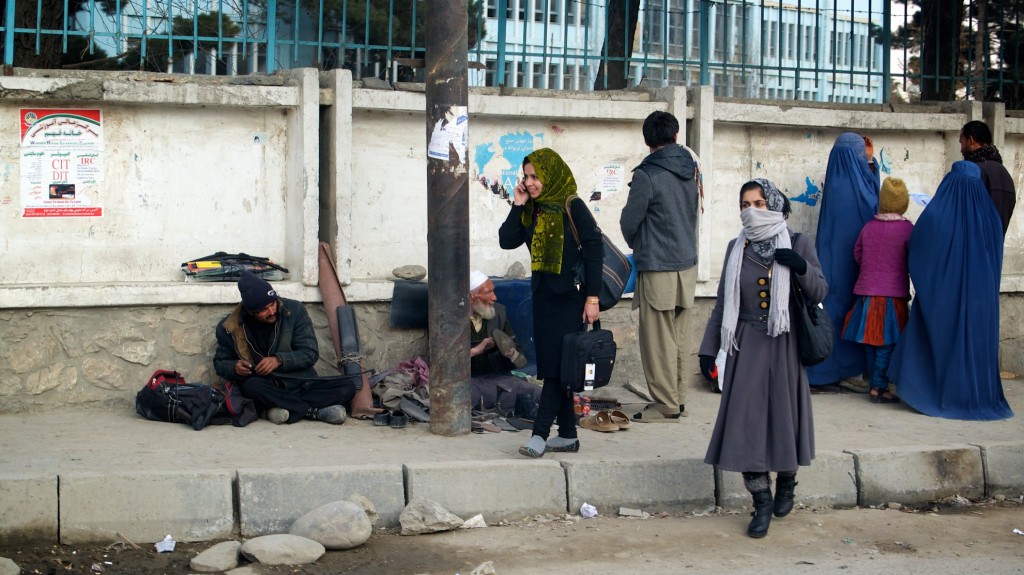 Quickly, we started working with a wide range of institutional customers—NGOs, TV and radio stations, banks, ministries, and media agencies. Instantly, people in rural Afghanistan were able to hold Kabul politicians accountable by texting in questions to their favorite talk show on TV. NGOs could conduct quick perception surveys among large groups of beneficiaries through SMS. Regular Afghans could become citizen journalists by sharing breaking news stories with their local radio stations, swiftly and anonymously.

Increasingly, we have provided research services to NGOs and government, often in the form of SMS-based surveys.  Conducting surveys in Afghanistan can be an expensive and lengthy affair, particularly outside the larger cities. The security risks still prevalent in many areas make it difficult to collect reliable data from a larger body of participants, and when surveys touch upon more sensitive political or societal topics, citizens are reluctant to talk to data collectors. In contrast, Paywast’s anonymous SMS surveys have proven highly efficient in collecting structured opinion, perception, and statistical data from citizens.

Several times, we have implemented survey campaigns, sometimes involving more than 50,000 participants, as part of human rights programs, counternarcotics projects, presidential elections, and a wide spectrum of media activities. On average, recipients open 99 percent of all text messages. Generally, if someone decides to respond, he/she will do so within two or three hours. Because of this, text messaging has proven powerful for targeted perception surveys that encourage quick feedback in the form of a binary response, multiple choice, or a brief line of feedback—particularly when the target group includes citizens living outside Afghanistan’s three or four largest cities.

In 2012, the Afghan Ministry of Communications and Information Technology (MCIT) initiated a program to take more than 30 public services digital. It was a bold move; most nations still do not have a coherent digital public service delivery strategy. Yet MCIT, as one of the most forward-thinking branches of the Afghan government, knew that staying close to its citizens is key to good governance, and efficient digital service delivery, done right, can significantly improve citizens’ perceptions of government. Paywast is the implementer of the Afghan mobile government platform (branded to the Afghan public as HOSA).

Today, more than 1.7 million Afghans are part of the Paywast platform, and we work with more than 50 institutional customers, but the Afghan government continues to amplify the reach of SMS programs. By 2016, more than 30 Afghan ministries and sub-agencies will provide public services on mobile, through SMS, interactive voice calls, and apps, creating a new set of technological needs among Afghanis. They will furthermore be able to collect fees directly from citizens, through mobile phone credit and mobile money payments.

The HOSA program is a shortcut for citizens to access government and public services that may otherwise be out of reach, and a strategy for providing better customer service and responsiveness. Many of the Afghan ministries and government agencies provide mobile services through the mGov program, a government initiative to offer online services and resources to citizens. The aforementioned receive extensive technical support from MCIT as well as Paywas to comply with the mGov framework’s policy guidelines and technical requirements. Although most ministries in Afghanistan employ technology to some extent, the investments made in ICT for the public sector have yet to reach all corners of government.

Where other development indicators have been stagnant or growing slowly, the number of mobile phone subscribers and Internet users has increased more than 4,000 percent since 2004.

Several projects are underway, most notably an electronic national ID (E-Tazkira), a technological overhaul of the central bank and the country’s financial system, and a centralized human resources and enterprise resource planning system across ministries and government agencies. Strong automated processes like this one can greatly increase efficiency and reduce small-time corruption; and the implementation of centralized ICT systems is expected to help achieve those goals. In the short term, the mGov project offers direct technical support to ministries via mobile applications to develop content, manage application operations, and promote their services. As a benefit, this support helps build capacity within those agencies to better take advantage of new technology.

The state of technology in Afghanistan, as in many other developing countries, has improved dramatically over the past decade. Where other development indicators have been stagnant or growing slowly, the number of mobile phone subscribers and Internet users has increased more than 4,000 percent since 2004. There is now a burgeoning tech ecosystem of software developers, startups, community organizations, and government support in the country. In mid-2014, the Silicon Valley-based start-up incubator Founder Institute launched a chapter in Kabul where I am a mentor, and Afghanistan is starting to see interest from private equity and venture capital investors in technology companies.

This trajectory shows no sign of slowing. Amid the political turmoil of the 2014 presidential elections and the increase in insurgency and terrorist attacks in Kabul, there is still optimism in Kabul’s technology community. Afghan Wireless, one of the mobile operators which has significant coverage in the traditionally conservative south, just launched 3G wireless Internet service for their subscribers. Additionally, the Afghan government introduced Ibtikaar, a start-up incubator space for tech entrepreneurs, providing office space and support to young tech companies.

Mobile phones and technology may not directly affect the Afghan peace process, but they have proven to be important drivers in providing increased, fast-growing opportunity to many Afghans, and the opportunity is growing faster now than ever.