Categories: Latest Insights | Author: Katherine Edelen | Tags: Africa, Asia, Environment, Natural Resources, Transparency
Kate Edelen is a Research Associate at the Friends Committee on National Legislation (FCNL) where she conducts in-depth research and analysis at the nexus of peacebuilding, environment, and U.S. counterterrorism policy in fragile states, with special focus on Africa and South Asia. She is a co-author of the recently released Central African Republic Crisis: Managing Natural Resources for Peace.

Beginning in late 2012, a rehabilitated coalition of ex-rebel militia fighters, known as Séléka, reignited conflict in the Central African Republic (CAR) over what it believed was the central government’s failure to abide by the 2007 and 2011 peace agreements. Following more than two years of fighting between Séléka and Anti-Balaka militia groups, over a million people have been displaced and thousands killed. Currently, CAR is at a critical juncture, as the country and its international partners look to the upcoming Bangui Forum on National Reconciliation in February to support lasting peace and stability.

The Forum will bring together international donors, CAR’s transitional government, and political representatives from the warring militias to discuss CAR’s future; the discussion may also include participants form civil society. Six months after the July Brazzaville ceasefire, the forum marks the difficult transition from pressing and immediate relief efforts, to more long-term development and recovery. The central focus will be on ending the violence and reuniting the divided and conflict-stricken country. While elections will be at the forefront of discussion, the Forum would also benefit from a conversation about equitable, collaborative management of natural resources-as natural resources may offer a unique prospect for CAR’s successful transition out of cycles of conflict and sustainable peace in the broader region. 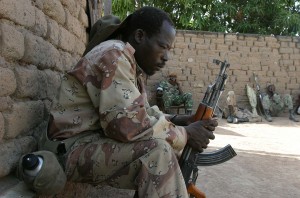 According to the United Nations Environment Programme, 40% of all intrastate conflicts in the last sixty years are connected to the exploitation of natural resources, and these resource-associated conflicts are twice as likely to relapse into conflict within the first five years of recovery. CAR is, unfortunately, no stranger to this trend. Countless studies over the last decade demonstrate that high-value natural resources such as diamonds, minerals, timber, and ivory fund progressively sophisticated rebel and terrorist networks across the African continent, incentivizing violence and instability.

Adding to these challenges, climate shifts have fundamentally changed pastoralist migration routes and forced the resettlement of pastoralist communities over the past 30 years in CAR and the region. With increasing frequency and severity, natural disasters drive migration and add to regional instability. Globally, more than three to 10 times as many people are displaced by extreme weather events than all world conflicts-forcing communities with differing cultures and practices to manage and share constrained resources. Mismanagement of natural resources coupled with climate change compound pressures on already fragile efforts for peace.

Despite being endowed with vast natural riches-from large swaths of forest to mountains of minerals and fertile agricultural lands-CAR is consistently listed among the world’s most impoverished and underdeveloped countries. Natural resource mismanagement and the inequitable distribution of benefits from those resources played into the initial grievances that fueled the divisions of CAR’s society along ethno-religious lines, and revenue garnered from gold, diamonds, and stolen cattle have prolonged the conflict and incentivized violence. Simultaneously, the environment, which is the source of regional livelihood and security, has been ravaged by the country’s recurrent conflicts. These conflicts have effectively disrupted CAR’s communities and institutions working to manage resources-thereby reversing economic gains and cementing poverty.

Decades of cyclical violence in the region have led to the proliferation of easily accessible modern weaponry and increasingly deadly interactions between farmers and herders over increasingly dwindling climate-affected resources. This has compounded weak governmental and institutional oversight, furthered the lack of a government presence outside of the capital, and facilitated the ease with which opportunistic actors exploit CAR’s vast natural resources to fund actions against the state and civilians.

While natural resources have long been tied to conflicts, they also offer the unique opportunity for peace by fostering dialogue-providing a new arena for feuding parties to interact with each other, spurring economic recovery, and creating sustainable livelihoods.  A recent policy brief by the Friends Committee on National Legislation identifies that natural resources not only generate most of CAR’s national revenue; but they also offer the strongest opportunity for sustainable job creation, early economic and livelihoods recovery, and relationship repair and reconciliation through co-management and reform of natural resource governance structures.

For CAR, diamonds and timber account for more than 70% of the nation’s export revenue. With more than 80% of CAR’s working population relying on agriculture or pastoralism for subsistence and livelihoods, nearly two-thirds engaged in artisanal mining, and thousands employed by the formal forestry industry, natural resources are the backbone of CAR’s economy and thereby critical to CAR’s recovery. In order to effectively leverage natural resources for peace, enhanced relationship-building between and among CAR’s communities, government, and neighboring countries is vital.

Building the capacity of CAR’s state institutions to effectively and inclusively manage and distribute benefits accrued from high-value natural resources is important for inclusive growth, recovery, and mitigation of perceived marginalization. Targeted reforms to ensure that high-value resource sectors adhere to principles of inclusivity, transparency, and equity will need to be paired with efforts to ensure that CAR’s civil society can participate in decision-making processes related to local and regional development and any future extractives projects.

State-building activities must be joined to a comprehensive approach supporting communal level initiatives that address conflicts about land and water. As preparations get underway for the Bangui Forum, critics have noted the risky and repetitive inclination of the international community to fortify and build up a central government unable to govern or support communities outside of Bangui.

A recent report from the International Crisis Group has highlighted the hidden “conflict-within-a-conflict.” As cattle trafficking now bolsters militia finances, attacks on fleeing pastoralist communities creates distrust and hostility among and between communities. Protracted migration and conflict have long disrupted and degraded Christian-Muslim and farmer-herder relations. Rebuilding these relationships will be critical to long-term peace and good governance, especially in the rural regions where the central government has largely been absent. 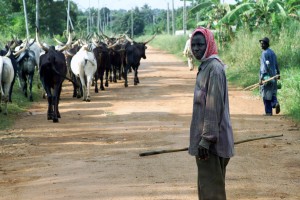 These relationship-building activities and CAR’s natural resources are not confined by political boundaries and must include a regional approach. Demarcation of migratory and grazing routes for pastoralists moving across the Chadian-CAR border can ease tensions between farmers and herders at the local level to provide an opportunity for building regional confidence and trust through the co-management of shared resources.

CAR and its international partners can move forward, despite the challenges that current conflicts over resources present. Several countries and local communities have navigated legal reforms of high-value resource sectors and worked towards inclusive management of high-value and renewable resources. Liberia, for instance, has worked hard to develop and implement legal reforms and transparency initiatives in high-value resource sectors, expanding beyond oil and gas to timber, rubber, and agriculture. As one of the first African countries to attempt a comprehensive legal overhaul of their extractives sectors, Liberia has worked hard to address resource-related root causes of its conflict such as corruption, mismanagement of resources, and distrust. While Liberia still has a considerable way to go, it still offers a technical model and hope to its regional neighbor-CAR.

In the Philippines, natural resource management was key to forging a peace agreement with the government and the Moro National Liberation Front (MNLF). Decade-long projects, supported by USAID, were aimed at improving the governance of forest and coastal resources bolstered by demobilized ex-combatants and offers many important lessons from reconciliation and reintegration to local community development and shared resource management.

While CAR’s conflict continues, responders and decision-makers need to have an actionable plan for recovery that will serve as a bulwark against relapsing conflict from which CAR may not be able to recover. Peace can be achieved, but only if the joint goals of sustainability and shared decision-making are the focus. In order to achieve these goals, environmental resource management must be integrated into the larger, post-conflict strategy for CAR.

(Feature Photo Credit: “An Internally Displaced Person (IDP) living at the M’Poko camp at the airport of Bangui on 19 June 2014” by UN Photo/Catianne Tijerina)